Home » New Air Arrival Record Set in Month of May

New Air Arrival Record Set in Month of May 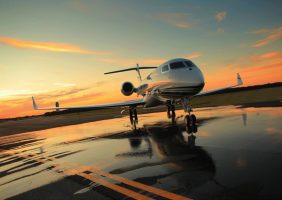 Cayman’s tourism sector saw another record in May with 40,591 air arrivals for the month. It was the first time Cayman exceeded 40,000 passengers in May.

It was also the sixth consecutive month of exceeding that threshold.

The growth in air arrivals is predominantly coming from North America. This includes 500 more passengers in May from the Denver area, where Cayman Airways launched a new route in March, and 600 more passengers from the Southwest region of the US, namely out of Houston and Dallas.

Southwest Airlines started servicing out of Houston and American Airlines added more frequent flights from Dallas, in addition to the new Cayman Airways route from Denver.

In June, Cayman welcomed the first flight out of Baltimore on Southwest Airlines.

“We expect to see movement in the Baltimore local area and potentially feeder cities coming through Baltimore,” the DOT director said.

The US and Canada were also the main regions driving stayover tourism growth in 2018.

The US market remained by far the largest source market for Cayman tourism with 385,000 visitors, an increase of 13%. And 27,000 Canadian stayover tourists meant an increase of 7.5%, a reversal from a previous lull.

“Canada is making a very nice comeback,” Harris said. “We know from our partners that when the dollar does not perform well, they don’t travel. And that has stabilised and we see Canadians return to the Cayman Islands. The airlines as well WestJet and Air Canada have also committed more air capacity into the destination.”

Europe represents about 5% of the total volume of stayover tourists. UK and Ireland are the main markets within the European region, but the Department of Tourism is planning to attract more visitors from Germany, where a tour operator will be elected soon to sell the Cayman Islands.

Brazil, Argentina and Mexico on the other hand represent only 2% of the volume, but visitors from these countries travel at different times of the year, which might help stem the seasonal decline of North American visitors each September, October and November.

On a recent trip to the International Luxury Travel Market in Shanghai, the department found that the Cayman Islands “is very much top of mind but from a business perspective”, Harris said, but the travel and real estate opportunities have to be communicated more. To attract more tourists from China, Cayman will have to first obtain the approved destination status from the Chinese government and formulate how to effectively penetrate the market, the DOT director noted.