Little Cayman is 10 miles long and one mile wide. Its famous Bloody Bay wall Marine Park has been called one of the world’s best dive sites, sometimes voted better than the great barrier reef. Inland, the 203-acre Booby Pond.

Nature Reserve is a RAMSAR site and nesting ground for the Caribbean’s largest population of Red Footed Boobies.

Little Cayman is a beautiful island in the Caribbean Sea. It is known for its white-sand beaches, clear blue waters, and the relaxed pace of life. The island is home to a variety of wildlife, including iguanas, turtles, and bird species. Little Cayman is also a popular destination for scuba diving and snorkelling. Visitors can explore the coral reefs and see a variety of fish species.

We go the extra mile to ensure your stay with us is appreciated, our hospitality is second to none the best in the Caribbean as we have boasted as being the number one destination many times, so please come and enjoy our crystal clear Caribbean seas and pristine beaches and experience our delicious local dishes, my favourite is fish rundown look forward to meeting you soon. 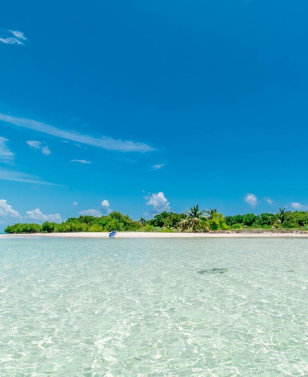 Ever seen a tropical Island in a film & thought of paradise? Well, that’s Owen Island! Owen Island is a pristine, secluded & unspoiled natural environment that is only accessible by boat. Visitors can also enjoysnorkelling & swimming in the clear turquoise waters around the island, or a peaceful picnic they will never forget! 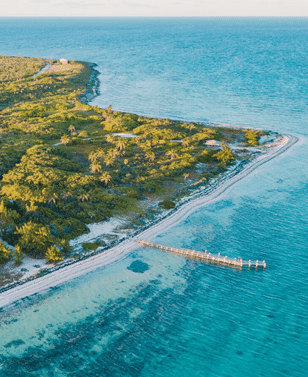 Located at the eastern tip of Little Cayman, a tropical oasis away from the bustle of tourism. If you're looking for a place to get away from it all, look no further than point of sand. This secluded spot is the perfect place to relax and enjoy the natural beauty of the Cayman Islands. With its stunning views and tranquil atmosphere, point of sand is a true paradise. Pictures do not do this place justice. 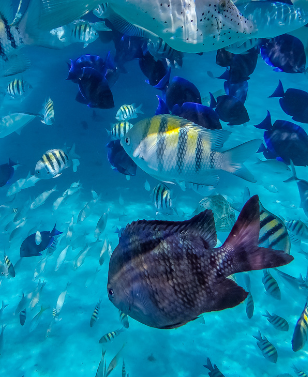 Bloody Bay wall is a submerged mountain range that has a wall which drops a mind blowing 2000 meters to the sea floor. It is one of the most popular scuba diving sites in the world and is known for its dramatic underwater topography. The wall is covered in colorful coral and home to an abundance of marine life. Divers can explore caves and fantastic swim-throughs. Bloody Bay Wall is truly a scuba diving paradise and should be on every diver's bucket list. 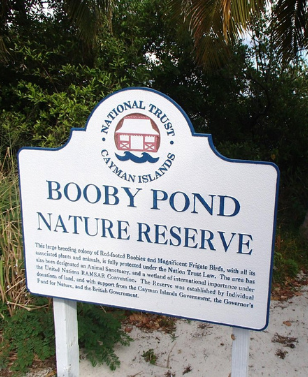 Booby pond nature reserve is a beautiful place to visit. It is home to many different kinds of birds and animals, and the scenery is breathtaking. Booby pond is a great place to relax and enjoy nature. The most distinctive aspect of the Booby Pond is its resident colony of approximately 4,000 Red-footed Boobies (Sula sula). The reserve is the only breeding site for the Red-footed Booby in the Cayman Islands and the colony is one of the largest of this species in the region. 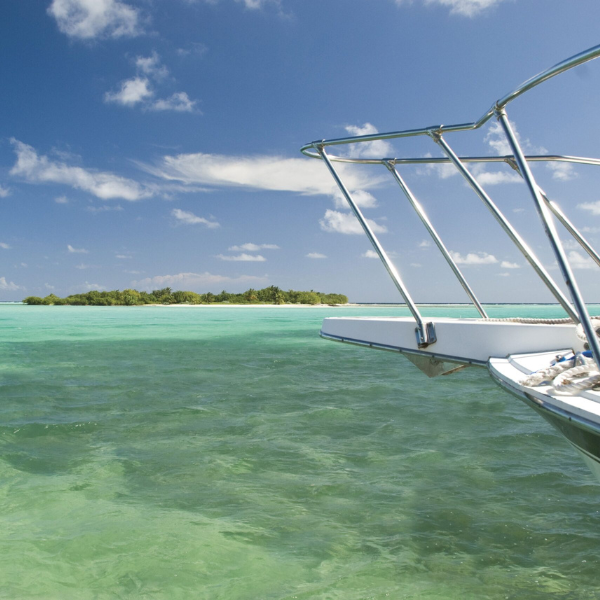 Just off the southwest coast of Little Cayman lies a complete paradise, Owen Island. Only accessible by sailing or kayaking across the island’s calm waters. Once on Owen Island, why not enjoy a picnic or just simply indulge in the complete tranquillity that surrounds you. With no permanent structures or residents, this truly is a complete paradise.

If you are looking for complete paradise living, we have the perfect developments located in Little Cayman. Our latest development, Little Selworthy is a 51-lot development on Little Cayman’s North East Coast. Easily fill out the form at the bottom of this page If you want to find out more about our Little Cayman land lots.

One of the world’s best dive sites.

The white stretched sands and turquoise waters you generally see in movies, can be found right here in Little Cayman. Little Cayman just a short flight from Grand Cayman, and which can be viewed from the North shores of Cayman Brac is a piece of pure paradise. Equip with numerous white sandy beaches including Point of Sands, Little Cayman is also home to its own islet known as Owen Islands.

Little Cayman is best known for its diving, serene landscape and variety of birds and iguanas.It is Bloody Bay Wall marine park that awards Little Cayman as having the best diving in the world. Most people who scuba dive the Cayman Islands claim this is one of the region’s best dive sites.

The protected area is a huge sheer wall that starts at five meters and drops down into the abyss, the amazing visibility. When diving bloody bay wall you can see Caribbean reef sharks, turtles and some very friendly groupers. There is also a huge range of both soft and hard corals and anemones to be seen all over the wall.