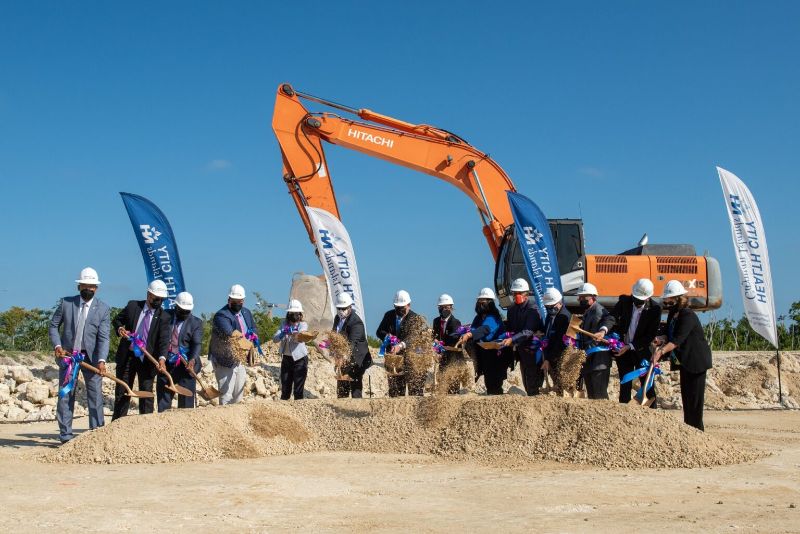 Several important gaps in the Cayman Islands’ healthcare services will close by next year.

When Health City Camana Bay, which had its ceremonial groundbreaking of its US$100 million, 70,000-square-foot medical campus on 27 January, fully opens, residents will be able to get advanced cancer treatments, specialised neonatal care and various surgeries that have previously been unavailable in the Cayman Islands.

In a video message played at the groundbreaking ceremony, Health City Cayman Islands founder Dr. Devi Shetty said the new medical campus was also intended to be a “super speciality centre” to serve the wider Caribbean.

“We want to set up the most advanced facility for cancer care, heart care, neonatal care and organ transplants for the entire Caribbean region,” he said. “This is our gift to the Caribbean so that no Caribbean citizen needs to go elsewhere for any of the advanced care.”

“The new, comprehensive, highly specialised hospital will feature advanced oncology care, which will include medical oncology, hemato-oncology, surgical oncology and radiation oncology with a medical linear accelerator,” he said. “We will be the first in the region to offer bone marrow transplantation and CAR-T Cell therapy.” 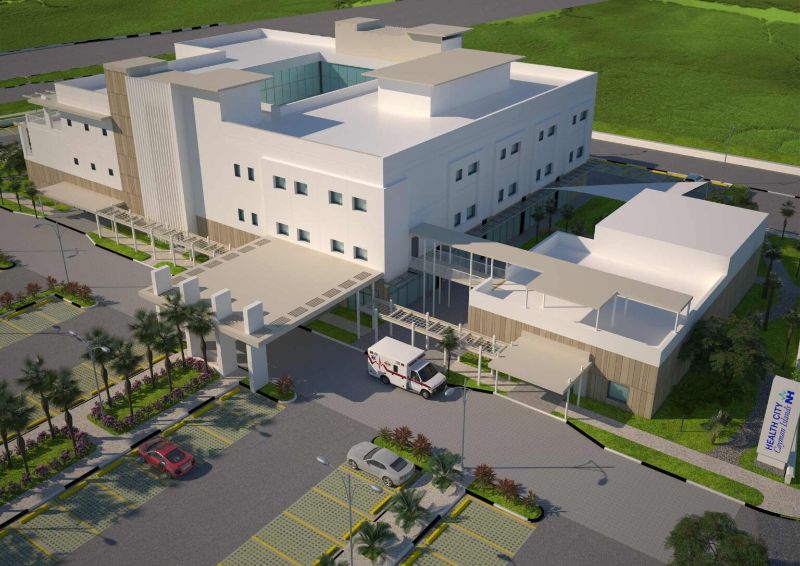 Health Minister Sabrina Turner told the story about how her son — now 28 years old — was born more than two months premature and had to be airlifted to a South Florida hospital. The costs for her son’s care were extremely high and included the air ambulance, various travel expenses and even a $2,000 telephone bill as she kept her friends and family updated on the situation.

Because her son had to remain in the hospital for quite some time, Turner said she faced the difficult choice of staying with her baby and incurring higher expenses, or leaving him alone and returning to Cayman until he could come home with her.

“Because of this new facility, stories like mine will happen no more,” she said.

Dr. Chattuparambil, who is usually referred to as Dr. Binoy, said the new facility’s neonatal intensive care unit’s specialists would work closely with other Health City Cayman Islands specialists who would be available to consult on site.

“Neonatal care is a team effort and requires all specialities working together and caring for patients,” he said. “This holistic approach will put us in the fortunate position of being able to deliver the best potential outcomes for the highest risk newborns.”

He noted that babies sometimes have to spend months in a neonatal care unit, as was experienced by Minister Turner.

“This often means the separation of parents and babies because one is in the U.S. caring for the baby while the other is caring for the family back home,” he said. “Our specialised neonatal intensive care unit will mean babies and families can stay together, at home, and focus on what is most important — positive outcomes for these newborns.” 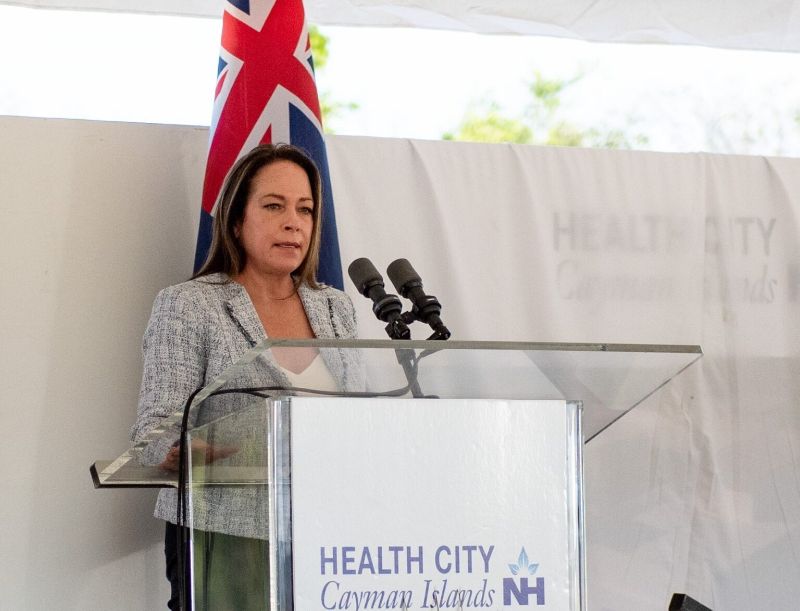 ANOTHER CHAPTER FOR CAMANA BAY

Health City Cayman Islands Chief Commercial Officer Shomari Scott noted that the organisation has come a long way since the 110-bed hospital in East End opened in 2014. Back in the early days, the halls and waiting rooms were often empty without any patients, but now he said they were bustling with activity.

Scott said the new hospital, located off the Esterley Tibbetts Highway directly south of Cayman International School, will be closer to where the majority of Grand Cayman’s population live and work, making it more convenient to residents and visitors.
Although it is common to look at new facilities from a lens of government revenues and economic impact, Scott said Health City Camana Bay has a more important purpose, one that was based on improving the lives of people.

“It’s about tears and smiles and dreams realised,” he said.
Dart Director Jackie Doak said that Health City has already provided a preview of the level of medical service the public can expect at their new Camana Bay hospital by opening a clinic in the Town Centre — including a COVID-19 testing facility that provides PCR test results in four hours or less — that delivers timely, convenient and necessary services.

“Today’s groundbreaking for Health City Camana Bay is another chapter in Camana Bay’s story,” she said. “We are delighted to welcome Health City, a world leader in patient-focused medical care, to our community. Our partnership reflects our shared commitment to planning for the long term and investing in innovation and infrastructure that will improve the lives of current and future generations.”

“I am delighted to welcome the expansion of Health City Cayman Islands Hospital to Camana Bay,” he said. “Once completed, the state-of-the-art campus will provide the Islands with another medical facility to benefit our people, our residents and visitors.”
Premier Panton said Health City Camana Bay will serve as the “anchor establishment” for the new airport connector road — a project which Doak noted was being managed by Dart in partnership with the National Roads Authority — which is scheduled for completion in 2023.