Home » Dart CEO We Are Here to Stay

Dart CEO We Are Here to Stay 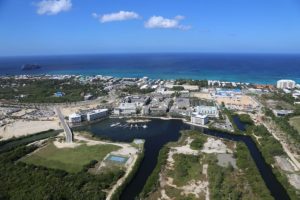 One of Caymans investor profound investors, Dart Enterprises, issued a statement Tuesday emphasising its long-term commitment to the Cayman Islands.

“Despite the  uncertainty,  Dart remains  committed  to  the Cayman Islands, our home for almost 30 years,” he said in a statement released in response to questions from the Cayman Compass.

VanDevelde said Dart is “ready and prepared” to resume its construction and development projects, including new residential and office space at Camana Bay and the expansion of the Cayman International School, as soon as government gives the green light.

The construction sector has been earmarked as one area of the economy that could be opened up once the virus is deemed to be under control within Cayman’s borders.

Dart’s projects alone will help put 350 people back to work on construction sites and inject $115 million into the economy, VanDevelde said.

He said the developer was also exploring “other opportunities” that could drive economic activity and help Cayman out of the downturn.

The statement praised government for moving quickly to protect citizens and said Cayman was in a relatively strong position to contain the virus.

“While  we are  still in mitigation mode,  discussions are already underway between  private, public and non-profit  organisations  to determine  how  we can aid  the country to rebound,” VanDevelde added.

“Although there are tough times ahead,  and COVID-19 remains a fluid situation,” he said, “we have no doubt that the  Cayman Islands  will weather the  storm, and like any storm, there will be silver linings.

“Throughout history, pandemics have brought pain, but they have also marked new beginnings. We have a collective opportunity to  rethink what matters, challenge the status quo and re-imagine our  future.  ”