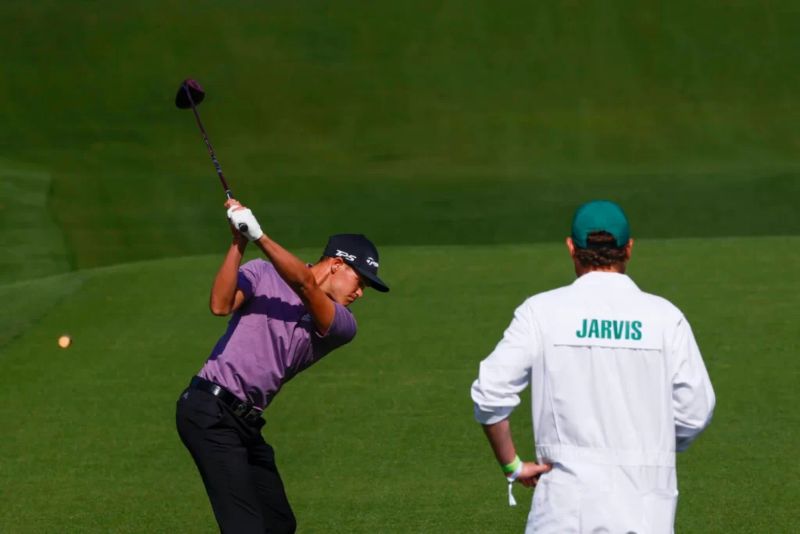 Cayman’s Aaron Jarvis was out on the course in Augusta, Georgia, Monday, fine-tuning his preparations for the US Masters.

Jarvis spent some time hitting with former world number one Brooks Koepka as the greats of the game warmed up for Thursday’s tournament. Koepka, who finished second in the Masters in 2019 and has won four major titles, could impart some wisdom to 19-year-old Jarvis, who will be competing on this stage for the first time.

Jarvis is the first Caymanian in history to compete at the Masters!

Bob Harig, a golf writer for Sports Illustrated, whose upcoming book chronicles the rivalry between Tiger Woods and Phil Mickleson – will be keeping an eye on Cayman’s own this week.

Appearing on Rooster FM and the Compass’ weekly news show ‘Beyond The Headlines’, Harig, a regular visitor to Grand Cayman, told host Elizabeth Charles and the Compass’ James Whittaker he was impressed that anyone coming from an island with only one 18-hole golf course could go all the way to the top of the game.

He said Jarvis’ meteoric rise was the kind of underdog story that sportswriters love.

Harig believes the teenager has the capacity to energise enthusiasm for the game in Cayman and help spread the sport beyond its traditional strongholds.

He said amateur competitors like Jarvis are usually paired with a former champion in the opening rounds of the Masters. Often that’s an elder statesmen of the game – potentially someone like Vijay Singh, the great Fijian golfer – he said.

In terms of his ambitions in the tournament, veteran golf writer Harig advises that Jarvis simply soaks in the atmosphere and enjoys the experience, without worrying too much about where he places.

“If he makes the cut that would be a phenomenal achievement,” he added.

Jarvis is expected to face the media at Augusta, Georgia, Monday, and finish off his preparations for the tournament Tuesday and Wednesday, before teeing-off for the biggest moment in his fledgling career Thursday morning.

The US Masters lasts four days, with the lower half of the field culled at the halfway point and the leaders left to battle it out for the title.

Speaking before he left Cayman for the tournament, Jarvis said his ambition was to make it to the final day and to be the top-placed amateur.