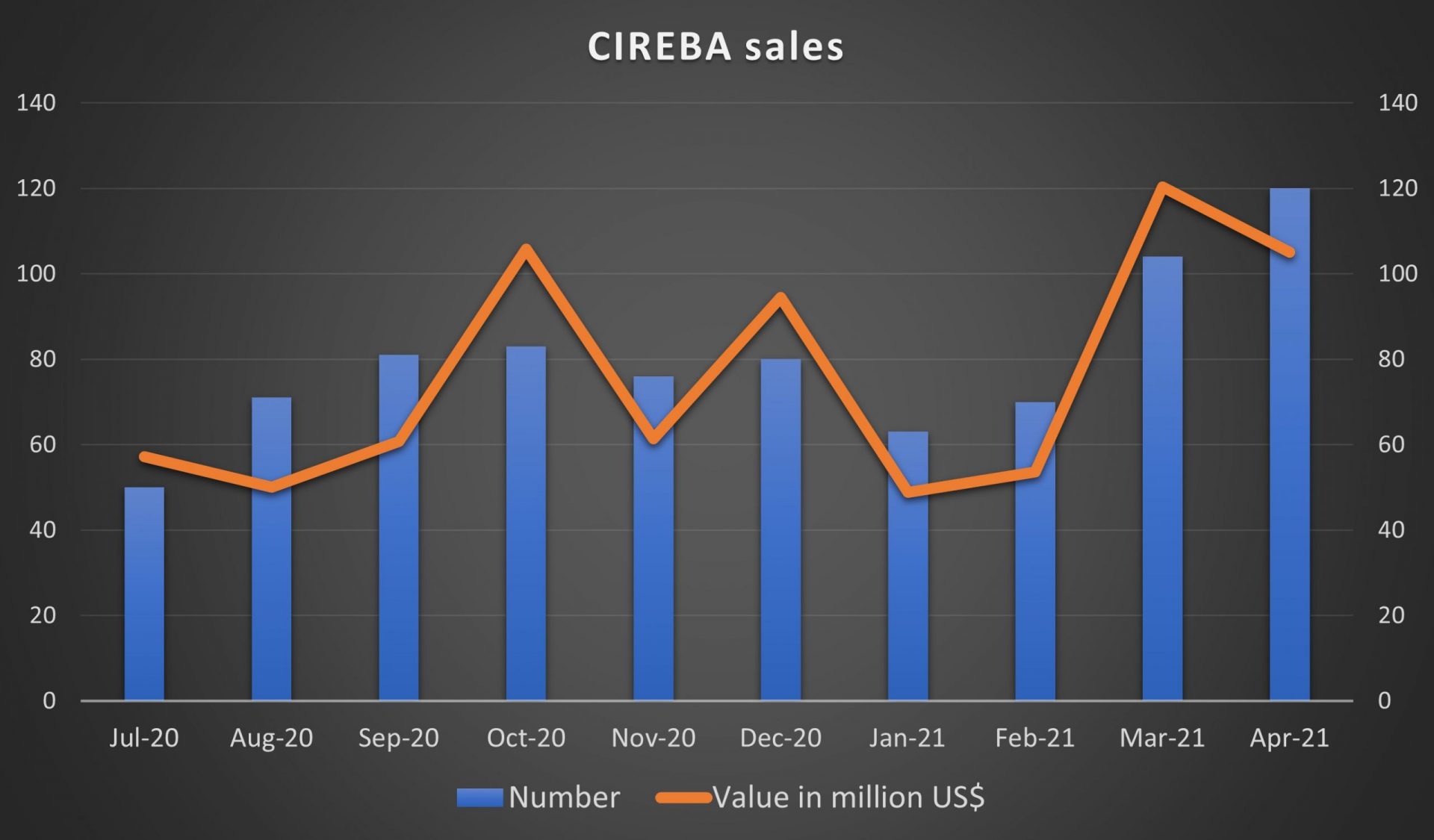 Cayman’s real estate market is booming. Despite the pandemic, market activity last year was only slightly below that of 2019.

Property transfers during the first four months of 2021 have significantly exceeded the same periods in previous years both in the number and the value of transactions. 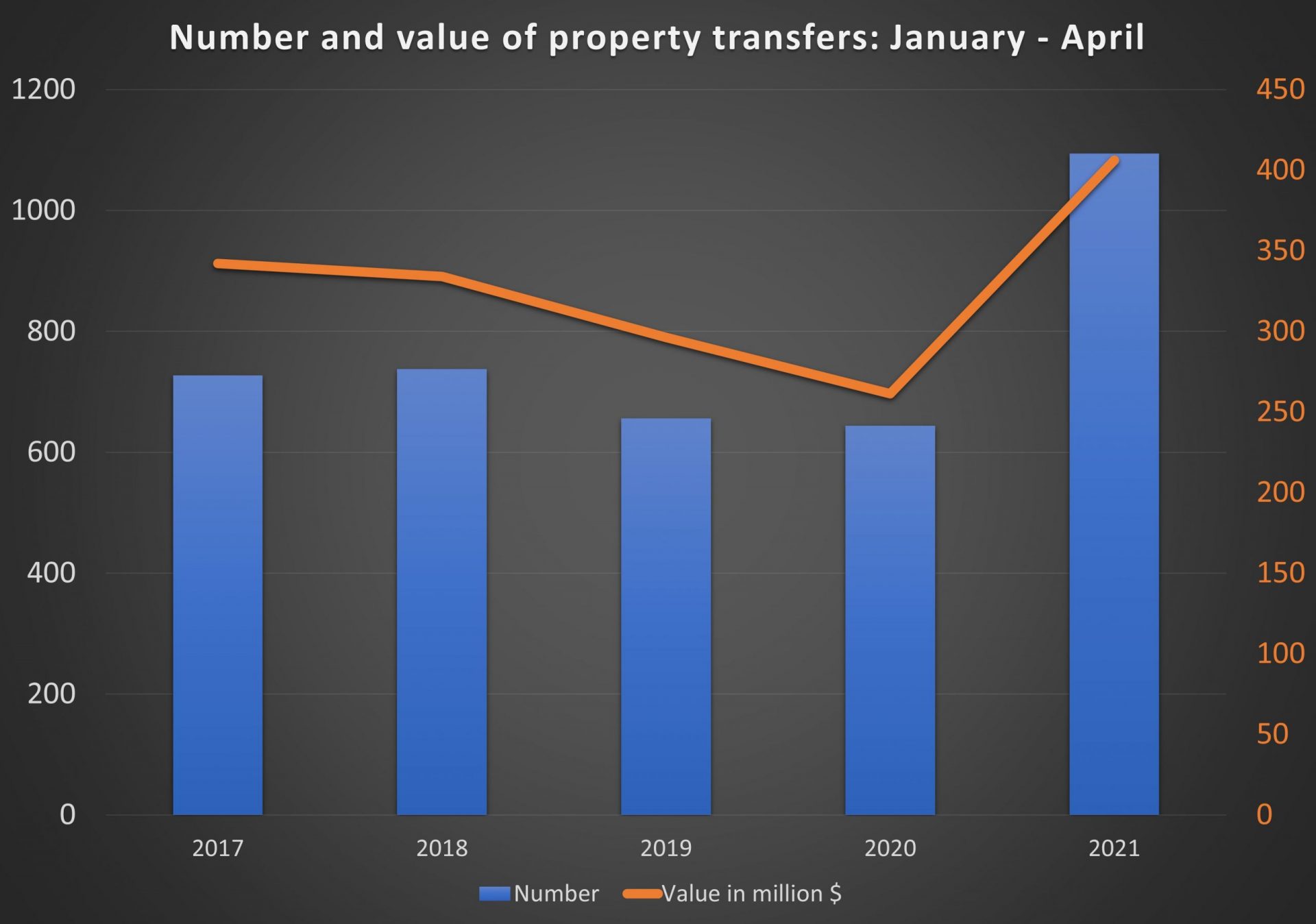 According to the latest data from the Lands and Survey Department, there have been 1,094 property transfers valued at $406.1 million.

Quoting the latest CIREBA statistics at the 2021 RICS Cayman Real Estate Forum on Friday, Bovell noted there were $120 million in CIREBA sales in March, the highest single-month transaction volume.

This was followed by $105 million in sales in April. Together with October 2020 sales of 105.8 million, there has not been a 12-month period with this many months of over $100 million in sales, he added.

In particular, the luxury residential market is heating up.

In the first five months of this year alone there were eight sales of more than $5 million and 11 deals above $3 million for a total of 19 high-value property transactions.

When comparing the last 12 months through May to the previous 12-month period ending in May 2020, the luxury market has seen a 356% increase. “Pretty nuts,” Bovell said.

The high-end deals included a record-breaking sale of The Peninsula Estate – a 25,000-square-foot, six-bedroom property on a 1.75-acre private compound in Crystal Harbour – listed at US$17 million by Provenance Properties.

The surge in demand for luxury property is driven by international buyers who are buoyed by low interest rates and looser monetary policy that has pushed up asset prices and the stock markets.

These factors, combined with Cayman’s quasi-role as a safe haven in the global pandemic and residency incentives, have made local high-end properties comparatively more attractive to international buyers over the past year.

The recent uptick in demand is a continuation of a long-term price growth in Cayman’s property market that began in 2015.

Simon Watson, partner at Charterland, noted that a similar acceleration of price increases in the past six years manifested itself to varying degrees not only across different segments of the property market but also in different districts.

Charterland’s 2020 property market report showed that last year, despite COVID and a 26% fall in the number of property transfers, the average value of true market transactions increased by 15%, from CI$427,000 to CI$490,000.

Matthew O’Keeffe, from Dart’s Investment Analysis Group, said that property values on Seven Mile Beach have increased fourfold since 1997, almost double the rate of Cayman’s property market as a whole.

In 2020, however, condominium prices increased by an estimated 13.8% in the Seven Mile Beach corridor, compared with approximately 11% island-wide and only 4% on Seven Mile Beach.

This trend towards price increases also continued in 2021. An analysis by the Dart team of CIREBA listings highlighted that since February more sellers adjusted the listed price of their homes upwards, rather than down, as is usually the case.

The heightened activity in the real estate market will inevitably benefit government coffers.

According to Uche Obi, chief valuation officer at Lands and Survey, government collected $51 million in stamp duty revenue in the first five months of 2021 based on a larger number of high-value transactions. By end of the year, Obi expects that figure could be around $90 million.

This would be very close to the 2016 high that was influenced by the sale of two hotels.

Last year, despite a three-month lockdown and no tourism, stamp duty revenue was still as high as in 2019, Obi said.