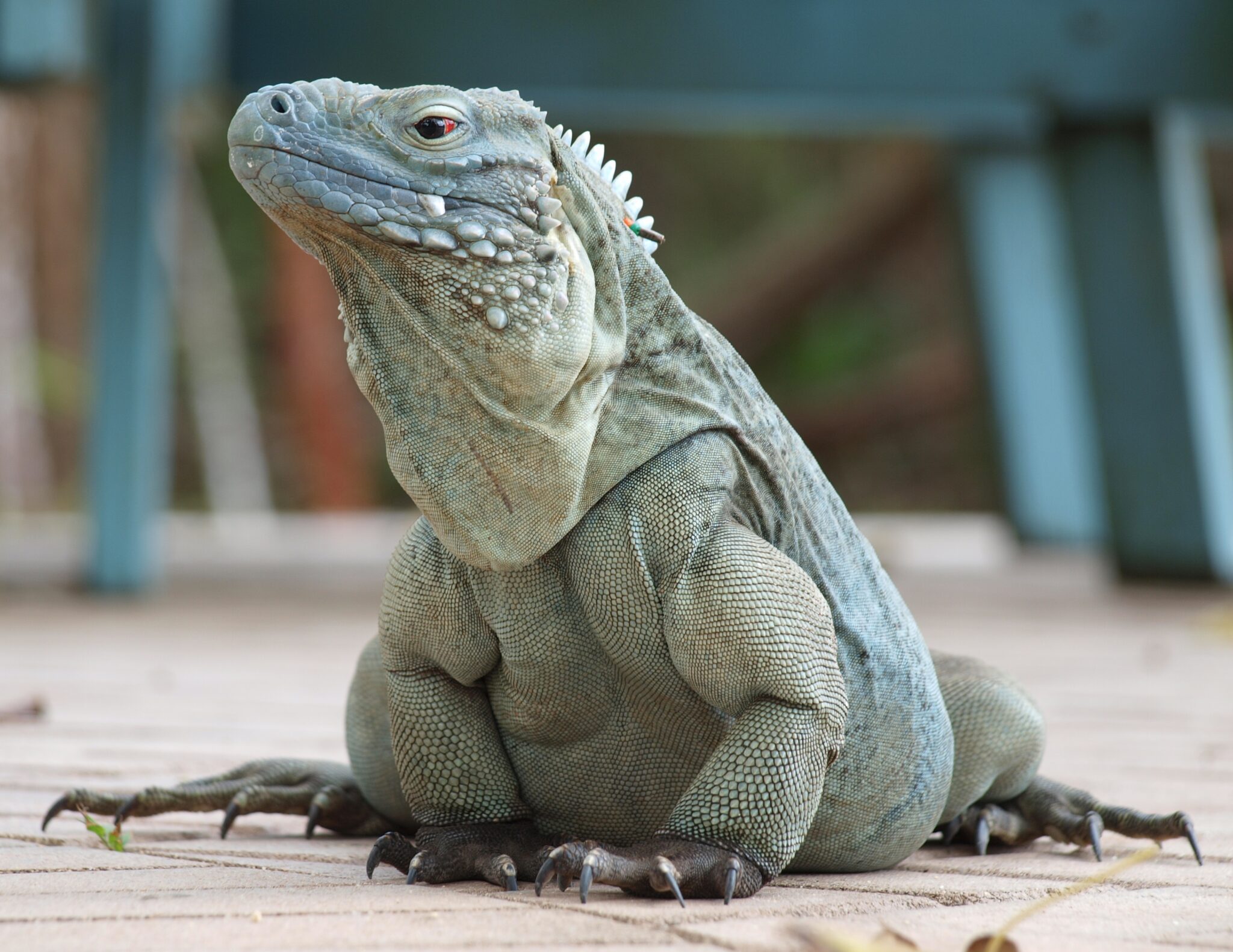 Blue Iguana Conservation, previously known as the Blue Iguana Recovery Programme, based in the Queen Elizabeth II Botanic Park next to the Signature One Development, is building a new nursery for baby blue iguanas, as well as an education area and offices for support and veterinary staff.

Operations manager Luke Harding described the nursery as a “brand new, state-of-the-art facility to rear our hatchling iguanas, to give us more flexibility and create a more natural environment for them to thrive”.

The conservation programme has brought the blue iguana, which can only be found in Grand Cayman, back from the brink of extinction. Twenty years ago, it was estimated that just 25 blues remained in Cayman. Now, through the programme’s effort, there are an estimated 600-1,000 in the wild, according to Harding.

He noted, however, that it was very difficult to estimate the exact number of the animals. An estimated 1,000 have been released since the programme began, but that does not mean the population is growing, he said.

“We see roadkills,” he said. “We know there are challenges out there. One thing that’s become really evident through our research is there is no natural recruitment. What we know is happening is our animals we release here go to the wild, they breed and survive, but the wild babies don’t survive, mainly due to invasive predators, like feral cats.”

Feral cats are also threatening the native iguana population on the Sister Islands, according to the Department of Environment.

As well as cats, the blue iguanas are also facing threats from traffic, development, climate change and a variety of other issues, many of which are outlined in a recent five-year plan issued by Blue Iguana Conservation.

“The numbers are far, far higher [than they were 20 years ago] but in reality, we have a declining population that is conservation dependent. If we shut down now, within 10 years, the blue iguanas will be gone,” Harding said. 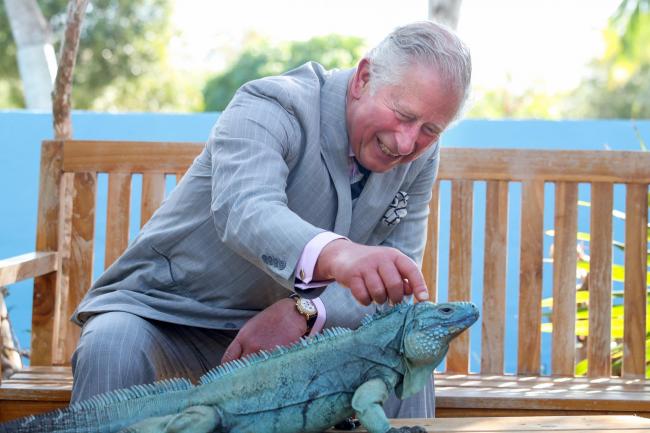 Social distancing at the outdoor site

He added that the centre, as an outdoor site, is an ideal option for visitors looking for a safe attraction, where social distancing can easily be observed.

“You’re out in nature here. This is a very safe location that you can come to, you can social distance, it’s out in the sun… There are lots of ways to come here and enjoy and make a difference. We need people to come back, so please come and visit us.”

While COVID and the closed borders have obviously impacted the number of people visiting the facility, Harding said this period has given people time to reflect on nature and the need for conservation.

While, pre-COVID, the non-profit relied mostly on cash from tours of the facility and donations, it has had to be innovative in trying to keep a high profile and to keep people engaged in its work.

Harding says it has done so by going online and upping the ante on its social media posts and campaigns.

One such campaign was its iguana beauty contests – The Mister and Miss Blue Cayman pageants. Voters following the online campaign chose their top three male and female iguanas. Lady Pink was crowned Miss Blue Cayman, while Rango was chosen as Mister Blue Cayman. 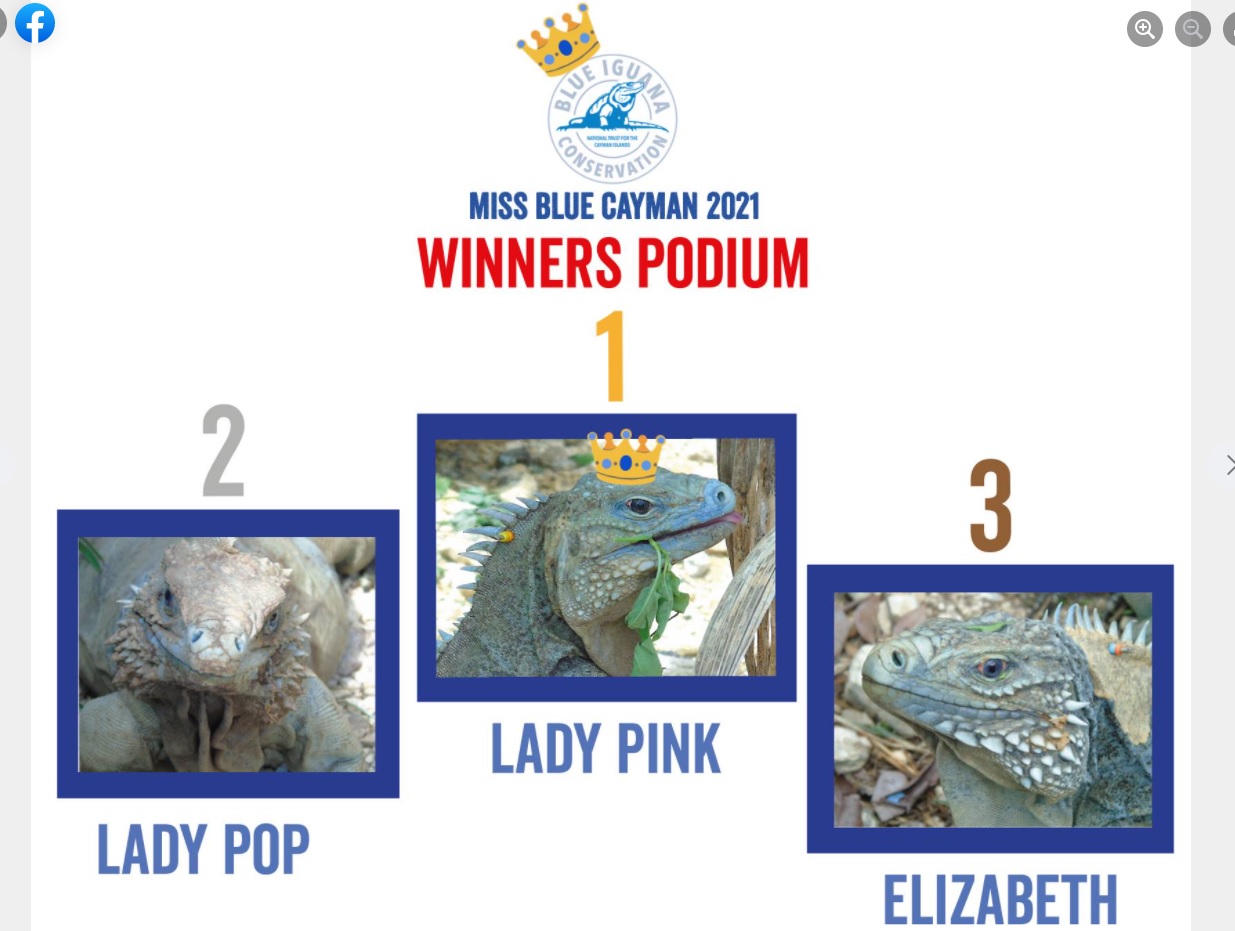